If God were to ask me, “Dudley, who do you think should carry the message of salvation to the world?” my answer would be an easy one. “Angels!” I’d say.

Why not? Angels have been used by God throughout the Bible to bring very important messages to people. In fact, the Greek word for angel can also mean “messenger.” In Luke 1:13, an angel delivered a message to Zechariah that his wife, Elizabeth, would give birth to John the Baptist, even in their old age. An angel told Mary she was going to conceive and bring forth a Child (Luke 1:35). An angel warned Mary and Joseph about Herod’s plot to kill their child and instructed them to leave the country (Matthew 2:13). The night sky lit up as angels announced the Messiah’s birth to the shepherds (Luke 2:13). 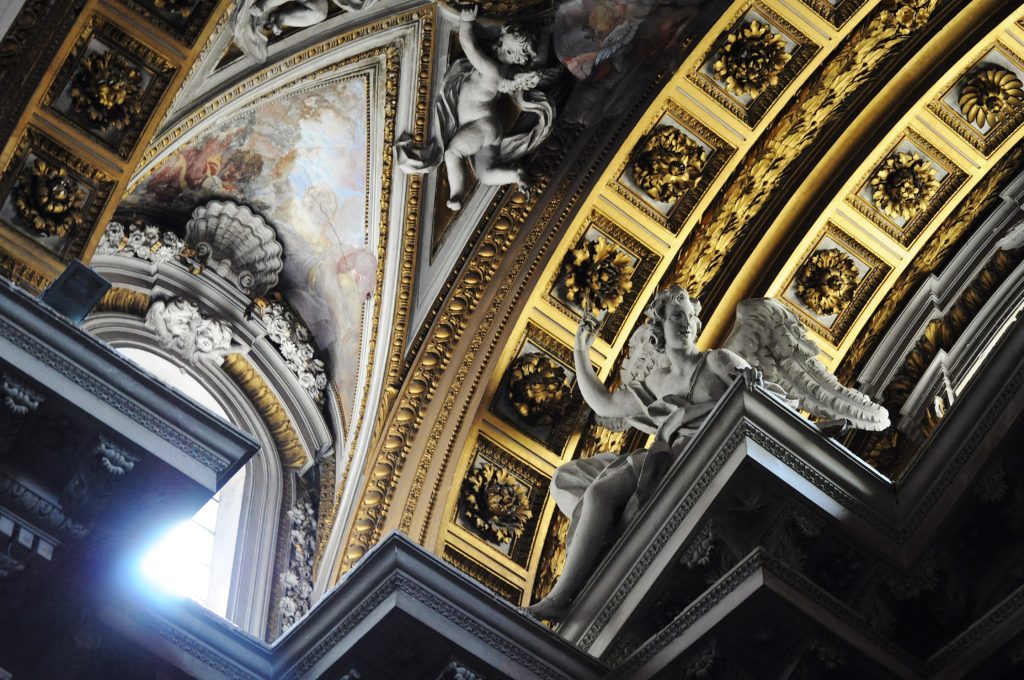 From the beginning of creation, angels have been very busy carrying God’s messages. Today books are written about them. Hollywood has put angels “in the outfield” and imagined people in crisis being “touched by” them. There’s even a baseball team in Los Angeles named after them! With all of their experience and fame, it just makes sense that angels would be the obvious choice to herald the message of redemption to the world.

But think about it. How many people do you know were saved because of an angelic visitation? Probably none. And I think there are two very important reason why God has chosen us—not angels—to share the Gospel with the world.

First, angels are busy with their own tasks.

The second and perhaps greater reason angels are not modern-day messengers of the Gospel is because angels do not have a testimony.

God has chosen us, not angels, to be His ambassadors of the Good News because angels have never experienced the weight or consequences of sin. They have never heard a sermon on salvation and then felt the convicting Spirit of God tugging on their hearts. An angel could never sing, “Amazing grace, how sweet the sound, that saved a wretch like me.” Why? Because they have never been a “wretch.” They’re angels—not humans who live in a fallen world.

We, on the other hand, have a testimony and an ability to say to others, “Hey, my life used to be a wreck. I was trapped in sin just like you. Then one day I met Jesus Christ, and He changed my life. The same way He changed me, He can change you too.” This is important because people tend to be more receptive to someone they can relate to—someone who has been in their shoes. This is empathy, and it serves as an amazing bridge between two people.

Jesus Christ is the ultimate example of this:

“For we do not have a high priest who is unable to empathize with our weaknesses, but we have one who has been tempted in every way, just as we are—yet he did not sin” (Hebrews 4:15).

Though we are not perfect like our Savior, the sin and struggles He saved us from are all part of our testimony. Jesus said that those who have been forgiven much, love much (Luke 7:47). Because of this, I believe forgiven sinners are powerful witnesses for God’s grace. David Wilkerson, the late pastor and writer, once said, “God uses people. God uses people to perform His work. He does not send angels. Angels weep over it, but God does not use angels to accomplish His purposes. He uses burdened broken-hearted weeping men and women.”

You and I may never be able to open up prison doors like the angels have done, or speak to prophets, or shut the mouths of lions, or ascend and descend on a ladder from heaven, or minister to Jesus in His darkest hour. But we have a song that the angels cannot sing! We have a message they are not qualified to deliver. As much as they probably would love to, and as much as they would obey, the Bible says God has given us—not angels—the ministry of reconciliation (2 Corinthians 5:18). God deemed it our responsibility to deliver His message to the world. You and I are called to be the spokespersons on His behalf and on behalf of His precious Gospel!

Pastor Dudley Rutherford is the author of “Compelled: The Irresistible Call to Share Your Faith” (available on Amazon) and the senior pastor of Shepherd Church in Porter Ranch, California, which has four campuses in the Greater Los Angeles area. You can connect with Dudley at www.LiftUpJesus.com and on Facebook, Twitter, and Instagram.