One Thing to Focus on as Christians

One Thing to Focus on as Christians

Most people don’t remember who won the 400m semi-final at the 1992 Olympic Games in Barcelona. They do, however, remember an incredibly moving moment between a father and a son. As 65,000 spectators gathered in the stands, Derek Redmond passed 250 meters at the seventeen-second mark and suddenly felt a pop in his hamstring. He went down and stayed down for nearly 30 seconds as his competitors sprinted toward the finish line. Soon, officials crouched beside him, trying to help escort him off the track.

Suddenly, something dawned on the runner. “I looked up, and realized I was in the Olympic semifinals,” Derek said later. “I looked down the track and saw the others and said, ‘I must finish the race.’” Brushing off the officials and the medical team, Derek got up and began to limp down the track. His agony was clear, but still he pressed on. Section by section, people in the stands above stood up and cheered.

Meanwhile, Derek’s father, Jim Redmond, made his way down from the stands, hurdling over chairs and dodging Olympic security as he ran toward his son. Once he reached Derek, the elder Redmond put his arm around his son’s back, and Derek put an arm around his father’s neck. The two walked to the finish line together. Nearly thirty years later, it is still one of the most amazing and emotional scenes in Olympic history. 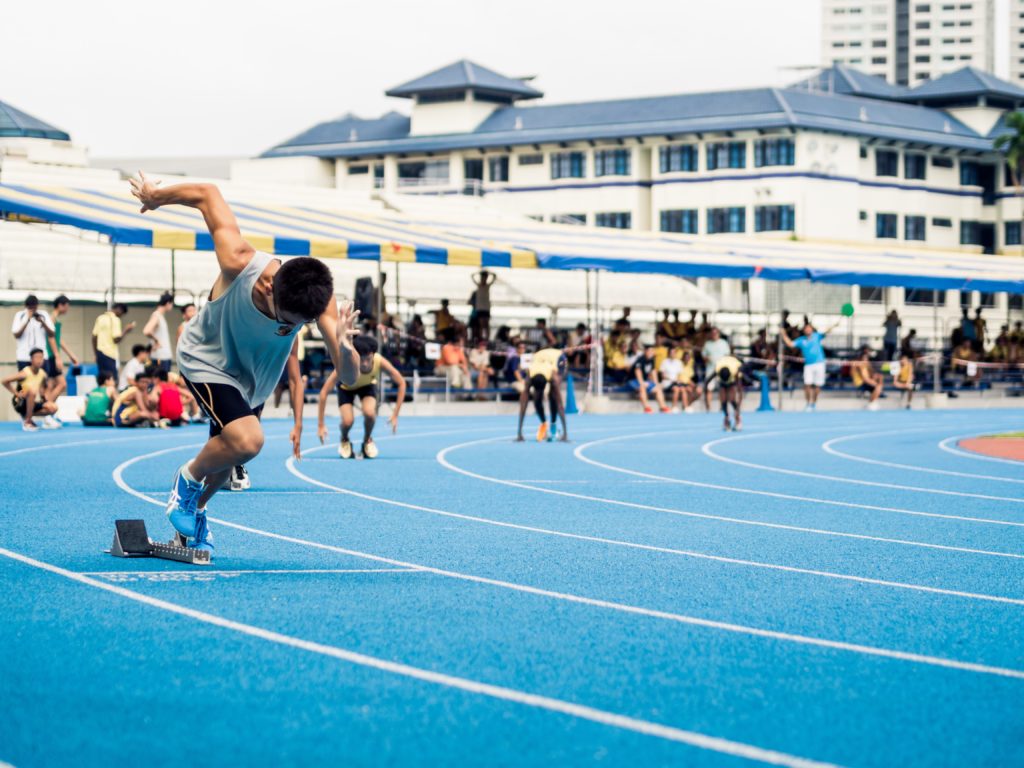 No matter the setbacks or pain of the past, the one thing you must focus on and pursue as a Christian is the finish line of your faith. The Apostle Paul wrote in Philippians 3:13, “But one thing I do: Forgetting what is behind and straining toward what is ahead, I press on toward the goal to win the prize for which God has called me heavenward in Christ.” In a world where ease is emphasized and faithfulness is mocked, Paul’s extraordinarily focused mindset inspires us to run our race undeterred.

Like Derek Redmond, the Apostle Paul was no stranger to pain, injury, and setbacks. In his mission to share the Gospel with as many people as possible, he suffered floggings, beatings, near-death stoning, shipwreck, prison, hunger, thirst, sleeplessness, cold, nakedness, and danger from every side (2 Cor. 11:23-27). Despite all this, he was resolute on the race God set before him.

How about you? Similar to Derek Redmond, you and I have a Heavenly Father who does not leave us to cross the finish line alone—as Paul himself declared in Philippians 4:13, “I can do all this through Him [God] who gives me strength.” Let Derek Redmond’s story—and Paul’s example—remind you “to press on toward the goal to win the prize for which God has called you heavenward in Christ.”

Stay focused on the finish line, my friend.

Adapted from Pastor Dudley Rutherford’s new book, One Thing: Rediscover a Simple Faith in Our Complicated World, available now on Amazon and wherever books are sold. Pastor Dudley Rutherford is the senior pastor of Shepherd Church, which has three campuses in the Greater Los Angeles area. You can watch services online or connect with Dudley at www.LiftUpJesus.com and on Facebook, Twitter, and Instagram.