Matters of the Heart

Matters of the Heart

Valentine’s Day is approaching, and love is in the air. Everywhere you turn, you’ll see heart decorations in storefront windows and on greeting cards, and heart-shaped boxes with chocolate, candy, or jewelry inside. The heart is the symbol of love, but it has also become known as the source of a person’s intuition, emotion, and feeling.

How many times in your life have you been encouraged to follow your heart when you were faced with a difficult decision? While the heart enables us to experience noble virtues such as love and compassion, it is far from an accurate moral compass. Do you know what the Bible says about the heart? It’s pretty startling. Take a look at Jeremiah 17:9–10:

The heart is deceitful above all things, And desperately wicked; who can know it? I, the LORD, search the heart, I test the mind,  even to give every man according to his ways, according to the fruit of his doings. (NKJV) 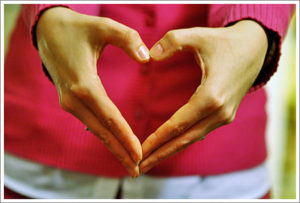 Unfortunately, our actions are often the result of our feelings. But when we do whatever our hearts dictate in the moment, it leads to disaster. In Exodus 32, after Moses and Joshua went up to Mount Sinai for their 40-day visit with God, the people began to feel as though their leader would never return. They told Aaron, Moses’ brother, to fashion the golden calf for them so that it could be their god. Once the idol had been molded, they shouted and sang and danced around it, doing what felt good to them at the time instead of obeying God’s first and second commandments (Exodus 20:3–4).

Like them, our culture believes that life is one big party and adjusts its morals by its feelings. If lying or cheating or stealing or premarital sex or holding a grudge sits well with us, no problem! We justify our actions by saying, “Hey, everyone else is doing it!”

Unfortunately, our actions are often the result of our feelings. But when we do whatever our hearts dictate in the moment, it leads to disaster.

When I was writing my new book, Walls Fall Down, about the steps to victory we learn from the battle of Jericho in Joshua chapter 6, the aftermath of the Lance Armstrong doping scandal had erupted in the media. The US Anti-Doping Agency convicted the professional road-racing cyclist of using performance-enhancing drugs. Armstrong was then stripped of his seven Tour de France titles and banned from cycling. Major League Baseball and other sports have had their own sets of issues with steroid use. So why do these popular athletes risk everything by disobeying the rules?

Lance Armstrong confessed that he used drugs because everyone else was using. He said there was no way he could compete and win if he didn’t do the same. I read recently that, “Of the 21 top three finishers in the Tour de France during Lance Armstrong’s victory streak, only one has not been tied to doping, according to the U.S. Anti- Doping Agency.”

The epidemic of cheating in the sport of cycling mirrors the same struggles we average folks face. We disobey God’s commands and the laws of the land all the time because everyone else is doing it. We think everyone else is having sex outside of marriage, drinking excessively, flying down the freeway well above the speed limit, or lying on taxes, so we follow suit. We start to believe there is no other way to get ahead in this world than to cheat as well.

I believe Joshua and the Israelites understood there were no shortcuts in God’s plan for their victory at the battle of Jericho. They didn’t rush through the task or skip a day. They didn’t employ their own tactics such as digging underneath the walls or inventing dynamite or a catapult system. They weren’t guided by their feelings and emotions; they knew God was in control. And they set their hearts upon simply obeying the Lord’s command, trusting that He was going to do what He said He would do.

Adapted from the book, Walls Fall Down, by Dudley Rutherford and published by Thomas Nelson. Copyright 2014.